We wrote a ghazal about vaccines

I recently hosted an online poetry reading and social gathering called Vax Party USA. The real purpose of the event was just to share some poetry with some of my closest friends, but it was also to celebrate the increasing availability of COVID-19 vaccines.

As the centerpiece of the event, we all worked together on a ghazal about vaccines. If you're not familiar with the ghazal, it's a traditional Arabic poetic form that has spread all over the world. Legend has it that it's the oldest poetic form still in use.

If you watch the video above, you can see my sloppy introduction to the ghazal. You can also see my friend Andrew Nicholson read the ghazal that the crowd collaborated on.

There's something fascinating about introducing people—especially non-poets—to a new form. It's easy to see a lot of variation in how people approached the form, whether they followed all of the rules or not. In my introduction, I joked that since most of us are new to the ghazal, we'd all be "good little formalists" in our first try writing one. Some people definitely took that as a challenge and tried to go as avant-garde as they could. A lot of people kept to the rules too. There were plenty great contributions on both sides. Together, the poem is a kind of wild cacophony of the fears and hopes we're all experiencing right now, as people wish for vaccine adoption to end this awfulness.

That's just the tip of the iceberg, though. Watch the full video to get a real taste of what the day was like, with its jarring mix of transcendence and silliness. See the YouTube video description for credits and more information.

Moderna travels at -25 Celsius. Don’t open it unless you know vaccines.
Ten doses in each vial come from Massachusetts where they grow vaccines.

Some patients sardined into stadiums to get the serum in their arms
and others hit up CVS in search of unclaimed, ever-so vaccines.

People are afraid to breathe; they can be set free—
embrace the 25 below vaccines.

Moderna, Pfizer, and J&J are going to make a bundle
If we all get in bed we will need a throw made of old yellow vaccines

Measures meant to slow the spread rank below vaccines—
The suspicious still shout and demonstrate, saying no; vax scenes.

After spending a year-plus on our own COVID Walden Ponds
We shrug off our cloaks of Henry David Thoreau, vaccines!

Following slow torrent of rain over a year,
We rush into our gazebo: vaccines!

I almost hugged the Kaiser nurse who shot me up with the beautiful vaccine
Inappropriate excitement among social-distance strangers waiting to go: vaccine!

We should call it the Johnson vaccine
The Pfizer & Pfizer vaccine, the Moderna & Moderna vaccine

No ending, just a million more beginnings.
Even though at midnight, on my screen glow vaccines.

I got my dosey-dos but have you gotten your single dose of vaccine
Your healthy, lean cuisine vaccine

“Which arm?” she asked. I hid my excitement in a nonchalant shrug.
I pretended to be chill, but all I could think was “whoa, vaccines!”

Mundane episodes hindered my attempt to drive toward you,
so I ate some pumpernickel bread to digest the no-no vaccines.

The weight of shame in my arm, as relief washes through me,
knowing I have been unequally visited by vaccines.

It was a date, our times concurrent. The rain began. We hoofed the blocks.
Closed restaurants, their windows papered over months now with Slovak zines.

Zero-sum privileged individualists scramble over the stockpile
while variants evolve in crowded corners of the world that slow vaccines.

Anti-vaxxers are trying to shut sites down—they want no vaccines.
Let’s protect ourselves and others around—let’s say go vaccines.

So much praise! But is this creation, this marvel, the greatest achievement?
Maybe, rather, that is when a doubter changes and accepts vaccines.

The earth is full, the earth lives on, onward through the pandemic—
Birds, beasts, sun, Elliot, rainbow, vaccines.

The authors of this poem have released it to the public domain under the CC0 Public Domain Dedication.

This is a copyleft license for rich media. This has FAR TOO MANY FUCKING WORDS AND CLAUSES IN IT: http://t.co/I1a5Q1X74l #criticalmass

I'd like to encourage #libre artists to use the GAL instead of CCBY. No CC trademark, much more simple / palatable http://t.co/HEjawPVfZ3

@lrockhq Attribution not required, but don't misrepresent? That's an intriguing idea, but could create headaches for downstream users.

@lrockhq What's the particular beef with CC BY being addressed here? (I no longer work at CC; I'm just a curious innocent bystander.)

@elliotharmon Headaches come from length of legal code too. Plagiarism is 100% all I (& many others) wish to prevent.

@elliotharmon And it is maybe..1/2 beef, 1/2 just encouraging competition and in the free culture license supply.

@lrockhq aaand, link to the [source/mirror] of the GAL encourages folks to visit http://t.co/MK5K2hh5hi, whose initiative I try to champion.

@elliotharmon but I'll say, I should have used a different argument than "instead", since I am trying to encourage the choice/competition..

@lrockhq But if B adapts A's work and doesn't provide attribution, and C wants to adapt B's work, C may be in danger of misrepresenting.

@lrockhq This feels like it's intended to fall somewhere between CC BY and CC0 on the freedom spectrum. I'm having trouble seeing a use case

@lrockhq (Or rather, a use case that couldn't be resolved with CC BY plus a waiver.)

@elliotharmon Agreed. I guess it comes down to eloquence and succinctness.

@elliotharmon True. That license.txt must be re-distributed by B. C should see it and attribute credit somehow.

@lrockhq Aha. I missed that on the first read. But still, without knowing who A is, how can C not misrepresent A's contribution?

Gotta run for now @elliotharmon thanks for the dialogue :)

This argument encapsulates something that never stops fascinating me about open licenses. The reasons why people choose to use them — or choose to ignore them, or choose to fork them or reinvent them — often really come down to aesthetics and perceived community allegiances more than the functionality of those licenses.

And for the record, I’m not saying that’s a bad thing. A big part of CC’s growth had to do not just with the way the licenses functioned, but the aesthetic sensibility and community allegiance that they represented. To say “your new license divides the commons” may be, in some cases, to miss the point. Some people want to start their own pasture.*

Philosophically, I’m all for letting a million flowers bloom. Practically, I’m all for not reinventing the wheel. And in cases where there’s still a real community with real needs behind a smaller license, find ways to tear down the fence while still honoring the community. For example, when CC BY-SA and the Free Art License developed two-way compatability. Functionally, the licenses did roughly the same thing. But FAL represented a different community, a different set of values. That will all stay preserved for as long as people keep using the FAL, which is pretty cool.

* One big caveat. In cases where society is paying for open access works, either in the form of government funding or foundation-funded grants or what-have-you, don’t start your own pasture. Just use CC BY, homie.

Hey! ActGreener is looking for a web developer. If that’s why you’re reading this post, then scroll down to the duck.

Over the past few months, I’ve been doing some work with a startup called ActGreener. ActGreener is a service designed to make it easier for nonprofits to amplify each other. The basic idea: you help bring more traffic to ally organizations, and you get more traffic to your site in return. ActGreener was designed for environmental organizations, but it’s pretty easy to see how it could expand to other types of nonprofits and progressive campaigns in general.

I’m excited about ActGreener because it’s a chance — not just for me, but also for the sector — to try out some new communications strategies.

Big things can happen when organizations move away from thinking of other organizations that work in the same space as competitors. It’s a good sign when you see nonprofit communications people thinking less about how to amplify their organizations’ brand and more about building a larger and louder platform for the movements those organizations work in. Services like ActGreener are a way to demonstrate — without a lot of overhead or risk for the organizations themselves — how all boats can rise with the tide, while also finding ways to optimize that tide by mixing our audiences and communications tactics.

There’s another reason I’m excited about ActGreener. Nonprofits need to own our messaging.

Right now, if you open your Facebook news feed, you might not see a lot of nonprofits’ own posts rising to the top. Facebook favors publishers that know the tricks of Facebook. That means that even if you like your favorite nonprofit on Facebook, you might be just as likely to see its message mediated through a separate company, one that may or may not share its end goals. It’s time to start bringing that knowledge in-house. 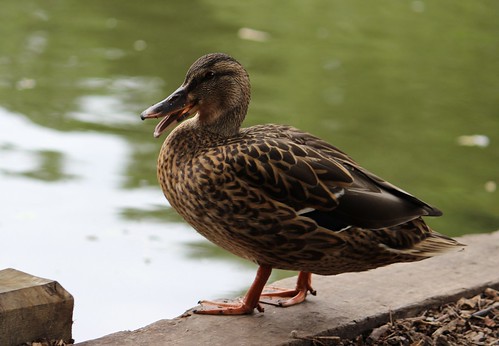 Is this interesting to you? Let’s talk. Send me a note at my very-easy-to-find email address. In particular, we’re looking to talk to:

Am I speaking your language? Do you wake up thinking about how to strengthen not just your organization’s outreach, but that of the entire cluster of organizations and activists you work in? You’re the person we want to talk to.

In the immediate future, we need some orgs who’d be interested in some very low-impact tests. In the long run, we’re looking for a dedicated core of a few organizations to brainstorm, argue, and build with us over the next several months.

A cool thing about coming into this project in its very early stages is that technologically, not a lot has been set in stone yet. We’re looking to talk to people who have built awesome stuff on the web. Knowledge of environmental issues and/or nonprofits in general is a good thing.

Right now, we’re working on getting funding for a web developer. Ideally, we’re looking to work with someone in the Bay Area. Let’s talk.